The 2020 Plenary Session Theme is:

and will feature the following speakers: 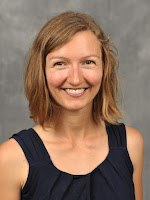 Dr. Miller Hesed is an environmental anthropologist and conservation biologist whose work focuses on engaging underrepresented communities in climate change adaptation planning. As post-doctoral researcher at the University of Maryland, she was the director of Engaging Faith Communities for Coastal Resilience, an applied research project that brought together rural church communities with county and state government employees and environmental NGOs to address climate change on the Chesapeake Bay. Her doctoral research focused on rural African American communities on the Chesapeake Bay in order to understand environmental justice, vulnerability, adaptation, and resilience to sea-level rise. Miller Hesed is a former EPA STAR Fellow. She is currently living in Hesston, Kansas.

Guardians of Flyover Country
Carol Davit
Carol Davit is the executive director of the Missouri Prairie Foundation (MPF), a 53-year-old conservation organization and land trust whose mission is to protect and restore original, unplowed prairie and other native grassland communities. MPF owns and manages 22 prairie properties, including original, unplowed prairie and some prairie reconstructions, and carries out a robust outreach, education, and advocacy program. For MPF, Davit oversees fundraising, strategic planning, communications, advocacy, MPF's Grow Native! program, and administration, and has edited the Missouri Prairie Journal since 1996. 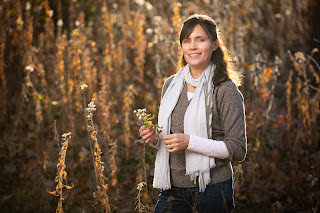 Davit has worked for more than 20 years in the conservation and environmental fields in communications, development, administration, and leadership capacities. She has worked for private, nonprofit conservation groups and at the municipal and state government levels. She has been the editor of field guides and written on a wide variety of natural history and conservation topics for the Missouri Conservationist and other publications. Davit also is a member of several statewide groups and collaboratives in Missouri, including serving as chair of the Missouri Invasive Plant Task Force (administered by MPF and its Grow Native! program), and as chair of the Prairies and Grasslands Resource Committee of the Conservation Federation of Missouri. Davit speaks to many groups on the importance of prairie conservation and the many benefits of native plants, and in June 2019 was the opening keynote speaker at the North American Prairie Conference, Houston, TX.

Stay up to date